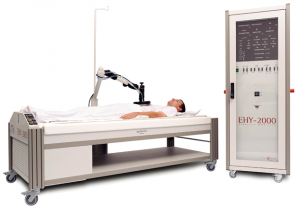 Oncothermia: How the method works and how it is used

Oncothermia is based on the classical method of Hyperthermia, one of the oldest cancer treatment methods. Unlike conventional Hyperthermia, however, Oncothermia does more than simply warm deep layers of tissue. It also combines  a modulated electric field, with a carrier frequency of 13.56 MHz, that is generated by two active electrodes. A mobile electrode is positioned in over the body area being treated, while a second, stationary electrode always remains in a fixed position below the patient, integrated within the therapy bed. Micro-biological tests have proven that malignant tissue has higher conductivity than healthy human tissue. As a result, the electric field tends to flow predominantly through the malignant tumor tissue. This effect is referred to as “selection at the cellular level”. The combination of deep-layer heating and the electric field leads to selective heating of malignant tumor cells. This, in turn, inhibits the natural activity of malignant cells and triggers and supports the body‘s immune response. Malignant tumor cells then die via a process known as “apoptosis”. Oncothermia treatment thus is based on two key effects: energy absorption and cellular-level selection.

Hyperthermia and Oncothermia – explaining the difference

Oncothermia, a unique improvement on conventional oncological Hyperthermia and represents the next generation of Hyperthermia therapy. While traditional Hyperthermia functions solely via thermodynamic parameters, such as heat/temperature, Oncothermia functions by controlling absorbed energy doses. It does this via an approach similar to that used in radiation therapy by taking advantage of the differences in cellular structure and electrical charge. Oncothermia transports energy directly to malignant cells, via a selecting electric field. The modulation of the electric field in Oncothermia allows for less chance of cellular resistance to the heating, a more common occurrence with conventional Hyperthermia.

Effects at the cellular level

Oncothermia selects at the cellular level. A number of cell-culture experiments have shown that Oncothermia has almost no impact on healthy cells. Malignant cells in cell cultures, however, are selectively destroyed by Oncothermia. (Source: Dr. G. Brunner, Klinikum Hornheide, Clinic of Münster University, Hyperthermia Symposium 2006, Cologne). The selection occurs as a result of special metabolic characteristics of malignant cells (incidentally, this can also be proven by positron emission tomography). The special feature of Oncothermia is that it promotes renewed formation of cell connections (E-cadherin and #-catenin junctions), thereby facilitating the natural cell death process (apoptosis).

Apoptosis induced by Oncothermia vs. Necrosis

Hyperthermia and other conventional treatments tend to  kill malignant cells and tumors largely via necrosis. In this process, toxins and cellular debris are released into the surrounding micro environment that can burden the immune system, and can even lead to localized immune suppression. Oncothermia, on the other hand, harnesses the immune system to induce apoptotic death of malignant cells. Apoptosis pathways can be triggered and measured via ß–catenin and connexin.

Oncothermia treatment initiates the process of apoptosis, the programmed death of malignant cells, which can be divided into 4 different chronological phases. During the first phase of apoptosis, about 1/2 hour after treatment, the cell starts to shrink; during the second phase (after about 8 hours) the nucleus condenses and cell membrane deformation starts; during the third phase (about 24 hours after treatment) the nucleus slowly begins to dissolve and fragments (apoptotic bodies) detach from the cell membrane; in the last phase of apoptosis (about 72 hours after treatment), such fragments are engulfed by phagocytes. As you can see, the effects of Oncothermia continue for many days after a single treatment.

Synergy in a combination with conventional tumor therapies

Treatment is always focused on the specific patient involved. Oncothermia supports natural processes of the human body including apoptosis and immune system response. It is complementary to conventional oncological treatments and can be combined with all types of chemotherapy and radiation therapy. Oncothermia is not intended to serve as a sole cancer therapy. Studies have shown that a combination of Oncothermia and radiation or chemotherapy can be highly effective, and that Oncothermia strongly enhances the effects of such treatments. 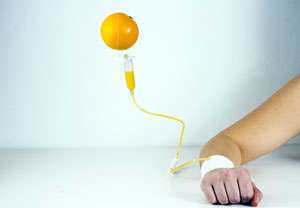 High dose IV vitamin C has been used for decades and more research is proving that this treatment is safe and effective when used before, during, and after standard therapies such as chemotherapy, radiation and surgery. At high doses intravenously, it acts as a pro-oxdiant, providing further damage to cancer cell via the production of peroxides. 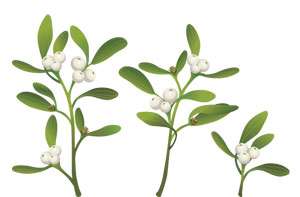 Mistletoe therapy has been used for almost a century in many European countries as an adjunctive to chemotherapy and radiation. Administered as an injection just under the skin or intravenously, mistletoe has numerous benefits to patients undergoing standard cancer treatments.

Benefits include improvement in the following areas: 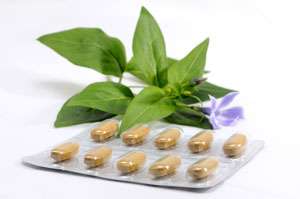 The majority of patients undergoing cancer treatments look to take supplements, vitamins, and other nutrients during their treatments. It is of paramount importance that patients are counselled properly to ensure that what they are taking is not interfering with standard therapies such as chemotherapy and radiation. We create a plan specific to your cancer type and treatments, reassessing and modifying as necessary .

Benefits include addressing the following areas, which are directly and indirectly linked to cancer development and treatment, all of which are important when taking an integrative approach to cancer care: 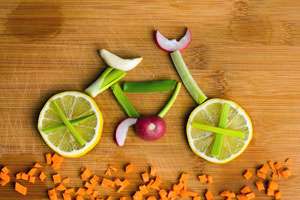 Often a cancer diagnosis can bring questions and fear into what a person is putting into their mouths and on their bodies. As well, dietary needs change throughout therapy and certain nutrients are needed in higher quantities during different stages of treatment. We aim to provide easy to follow plans given your specific needs. Not all cancers behave the same and not every patient requires the same support. Plans are reassessed and changed as needed based on patient feedback and blood work results. 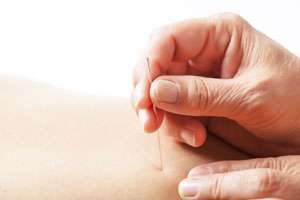 Acupuncture can be used successfully to treat and manage side effects from chemotherapy and radiation, such as nausea, anxiety, insomnia, hot flashes, and pain. 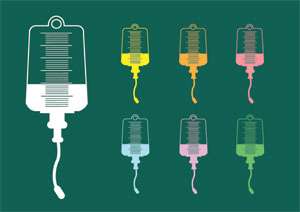 Vitamin C is by far the most common and most researched integrative IV therapy used; however there are a number of other promising vitamins, minerals and compounds, some of which are listed here:

After care is just as important as care during treatments. A specific detoxification plan is just the beginning in helping with the recovery of standard treatments such as chemotherapy and radiation. Personal history of environmental exposures, as well as common environmental, diet and lifestyle contributors to cancer are evaluated; plans are then put in place to help resolve potential contributors to recurrence. 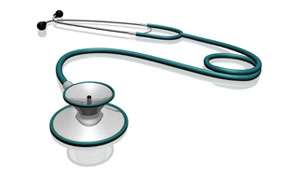 Physical examination is an important component of assessing treatment response as well as educating patients on signs and symptoms of recurrences. Typically a physical exam is based upon specific diagnosis and needs. 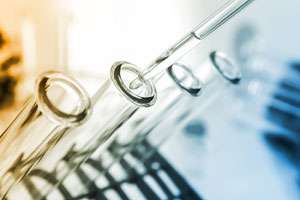 The following includes a sample of testing available:

Dr. Jennifer is now conducting both in-person and telemedicine visits following her time away from the clinic and is pleased to be re-connecting with her patients. Please contact reception at 403-454-5559 if you would like to schedule an appointment with her.